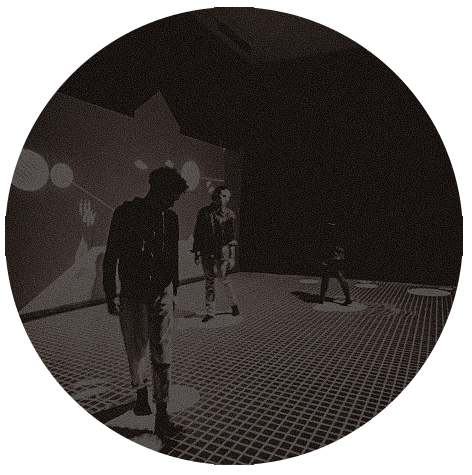 Kyber teatro is a theatre and new technologies company that works in Cagliari from 2014.

We are the Sardinian theatre leading company in this specialised creative digital field, with our shows, performances, theatre and new technologies plays.

“Le Meraviglie del Possibile”,our International Festival of Theatre Art and New Technologies,  has his first Edition in 2014 and it represents in Italy the only platform of international reference concerning theatre and “technology oriented” art.

It is an innovative network that promotes the contamination between humanistic culture and scientific knowledge and it involves national and international audience, artists (directors, actors, musicians, performers, dancers, media artists), scientists and technologists. Among innovation and imagination and between humanist and scientific culture, the Festival presents every year a rich schedule of activities and events, all focused to spread the knowledge of this specific artistic-technologic sector according to the new digital creative field.

Every year we also participate in Cagliari Science Festival, with one of our show about science and new technologies theatre  (every edition with a different theme).

She started her theatre professional life in Cagliari in 1992 and she was subsequently qualified as professional theatre artist in Teatro Stabile delle Marche ” – Corso di Alta Formazione (1997). She was selected to become “professional actress and theatre director/playwright at “Pontedera Teatro foundation” in Pontedera (2002).  After that, she got the diploma in “theatre direction” at “Forma Azione Scena – Course for actors and directors – Italy – France” (2006), funded by the European Union (professional qualification of theatre director based on the Italian art. 14 law 845 of 21/12/1978).

She is Director of different plays:  -“Ulisse Eh Eh” (2003), winner of the national award “Movin-Up”; – “SCHINEPISCI- Interior design of Sardinia’s poet” (2008), that debuted in Berlin at the Kesselhause Theatre; -“CD318.Gould is the art of flight, theatre and new technologies” (2013), theatre play invited to take part at “SUBTLE TECHNOLOGIES”, Festival of art and science in Toronto (Canada); -“Unghie & Crisi”, play of theatre and video mapping, with a social theme (the gender inequality).

Winner of several national awards of poetry and dramatic art, in 2000 she found L’aquilone di Viviana company and in 2014 KYBERTEATRO, a theatre and new technologies company which she is theatre director, playwright and artistic director.

In 2014 he founded KYBERTEATRO, the theatre and new technologies company in which he is co-director and technological manager.

He was technical director at S. Leonardo di Leo Berardinis Theatre (Bologna) and at Litta Theatre (Milan) from 1997 to 2006, and technical responsible of the Italian-Argentinean Festival called “Un Puente, dos culturas” realized in Argentina (1999).

From 1996 to 2005 he worked as Light designer and light technician in several important plays’ tours by A. Sixty, Lucia Poli, Teatro del carretto, Ravenna Teatro, Matteo Belli, A.T.I.R., Valeria Talenti, W. Manfré and others. He had done the Video editing “L’ultima corsa”by Karel S.r.L, that won the critic award at Turin Festival (2003),  and of the “142 interviews online for the Digital Library” of “Archivi sonori”,an anthropological research project done by  Sardinia Region. He is the author of the opening and ending videomapping “50 SUONATI!” realised for “Time in jazz Festival in Berchidda.