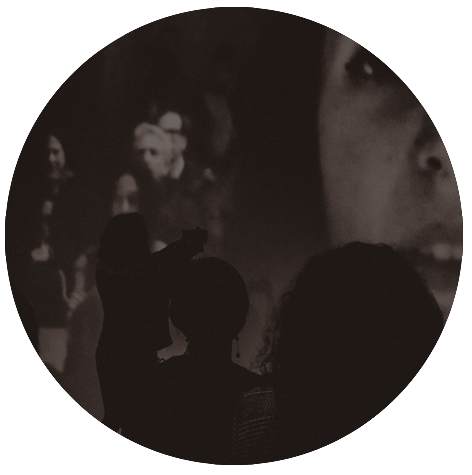 The project of artistic technological residence called “A.R.T.E. Augmented Reality Theater Experience” is a multidisciplinary and transmedial project by Kyberteatro, realized in Sardinia through the mobility of artists from different European countries (V.E.I.A company, from France) and extra-European (Minwal theatre, from Lebanon) and the creative exchange with Sardinian artists, most of them under 35.
The project aims to empower the digital creative level of local cultural and creative entrepreneurs, through training sessions on new technologies applied to the scene and / or moments dedicated to experimentation. In addition, it will also produce stable and continuous collaborations through new production of theatre and new technologies performance/shows, all realized, both as research and as public presentations, during the whole process of residence.
The residence focus is on the conquest of the right for ubiquity as a new human right. 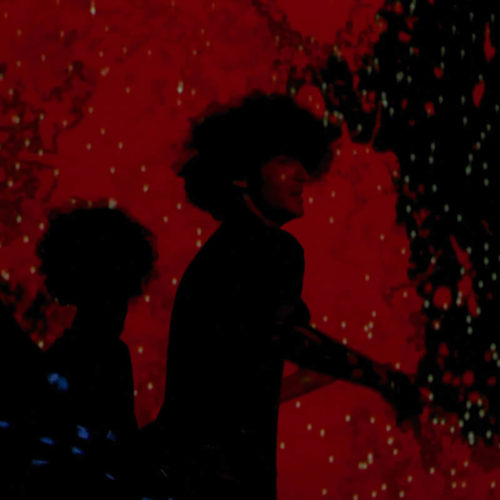 ``THE FEAR DEVOURS THE SOUL``
Theatre and New Technologies Performance
outcome of the technological creative residence A.R.T.E - AUGMENTED REALITY EXPERIENCE - international exchange and project by and with KYBER TEATRO (Italy), MINWAL THEATRE COMPANY(Libanon), theatre and new technologies companies; V.E.I.A Multimedia Association (France), and other artists and performers from Sardinia under 35 .

``The Fear devours the soul`` is a reflection about the themes that distinguish these times dictated by the ubiquity of fear as a universal feeling that unites humanity.
An experiment of augmented theatre reality, based on an artistic and technological research that develops through the spectator's presence and the choices he makes within the performance.
A ``bio game``, a theatrical experience on life, in which stage writing and digital imaginary evolve through the use of new technologies, increasing the participation of those who attends at the same time. 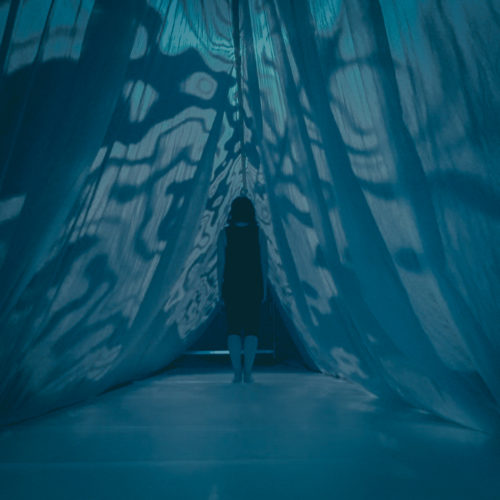 Right to ubiquity: the conquest of the right to ubiquity as a new human right, a humanly necessary theme, in these times marked by impassable physical and human borders.
The Theatrical and Multimedia Performance ``Ubique- هنا ، في كل مكان`` was born from the exchange and collaboration between the Lebanese Company Minwal Theater Company (Roaa Bzeih and Jad Hakawati) and the Kyber Theater Company (Ilaria Nina Zedda, Marco Quondamatteo, Claudia Pupillo), all inside the second period of the artistic and technological residences project called ARTE (Augmented Reality Theater Experience). 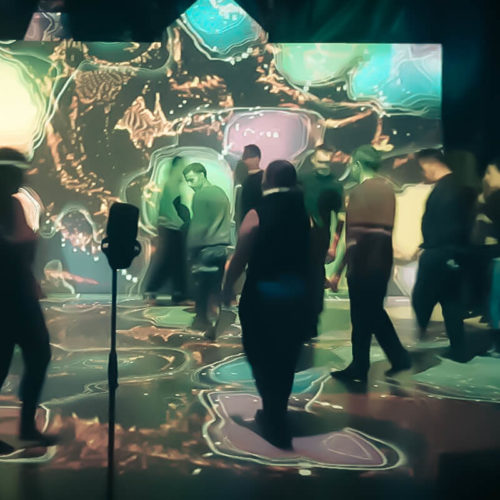 The Performance is born from the artistic, creative and technological research ``A.R.T.E`` (acronym of ``Augmented Reality Theater Experience``), realized through the ScrubbleLab Region of Sardinia call for bids, from the meeting and the exchange of skills between:

During the residency the theme of ubiquity and technological immersiveness was explored, developing research lines in different areas of immersion in parallel and synchronic worlds.

This transdisciplinary and transmedia project aims to mix and bring together different expressive languages with new technologies, so to start a process useful for the production of innovative shows, for a greater involvement and public participation. The concept of ubiquity is understood in the creative process as both ``real`` ubiquity as the conquest of the right to ubiquity as a new human right, a humanly necessary theme in these times marked by insurmountable physical and human boundaries; both of the ubiquity underlying the performance art, expanded through augmented reality in the theater, in the here and now everywhere.