By Teatro_Kyber 3 December 2019 No Comments 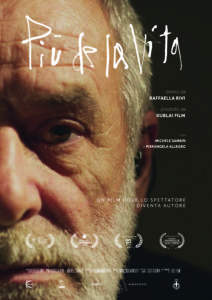 The film tells in an intimate and concrete dimension, four decades of the artistic career of Michele Sambin, pioneer of video art, creator of shows, theater performances, paintings and sound scores.
Sambin’s artistic path has crossed and experimented the different technologies in their evolution, from analog videos to digital painting, from traditional instruments to electronic music.
Through archival works and the artist’s daily work, the film offers a direct look at art as a concrete work that crosses time and transforms into space.