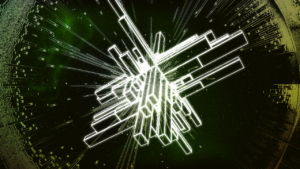 “Augmented Stage Workshop” is targeted to show/live events and theatre technicians , multimedia and digital artists, VJ, musicians, DJ, students, and who wants to explore all the opportunities offered by technology to improve performances.

Requested skills:
Basic computer and technical knowledge, you don’t need to be a programmer.

Also we will see:

some communication protocols and methods such as OSC, NDI, Siphon;

how  you can get an interactive virtual set design by videomapping and a game engine ;

to manage video contributions in real time by midi tools or control software;

to use generative videos.

to use the Kinect to create a mask in real time.

With student discount: 90 euro per person.

From 2017 he is also Professor of new technologies for the scene in “Mario Sironi” Academy of Fine Arts – Sassari.

In 2014 he founded KYBERTEATRO, the theatre and new technologies company in which he is co-director and technological manager.

He was technical director at S. Leonardo di Leo Berardinis Theatre (Bologna) and at Litta Theatre (Milan) from 1997 to 2006, and technical responsible of the Italian-Argentinean Festival called “Un Puente, dos culturas” realized in Argentina (1999).

From 1996 to 2005 he worked as Light designer and light technician in several important plays’ tours by A. Sixty, Lucia Poli, Teatro del carretto, Ravenna Teatro, Matteo Belli, A.T.I.R., Valeria Talenti, W. Manfré and others. He had done the Video editing “L’ultima corsa”by Karel S.r.L, that won the critic award at Turin Festival (2003),  and of the “142 interviews online for the Digital Library” of “Archivi sonori”,an anthropological research project done by  Sardinia Region. He is the author of the opening and ending videomapping “50 SUONATI!” realised for “Time in jazz Festival in Berchidda.